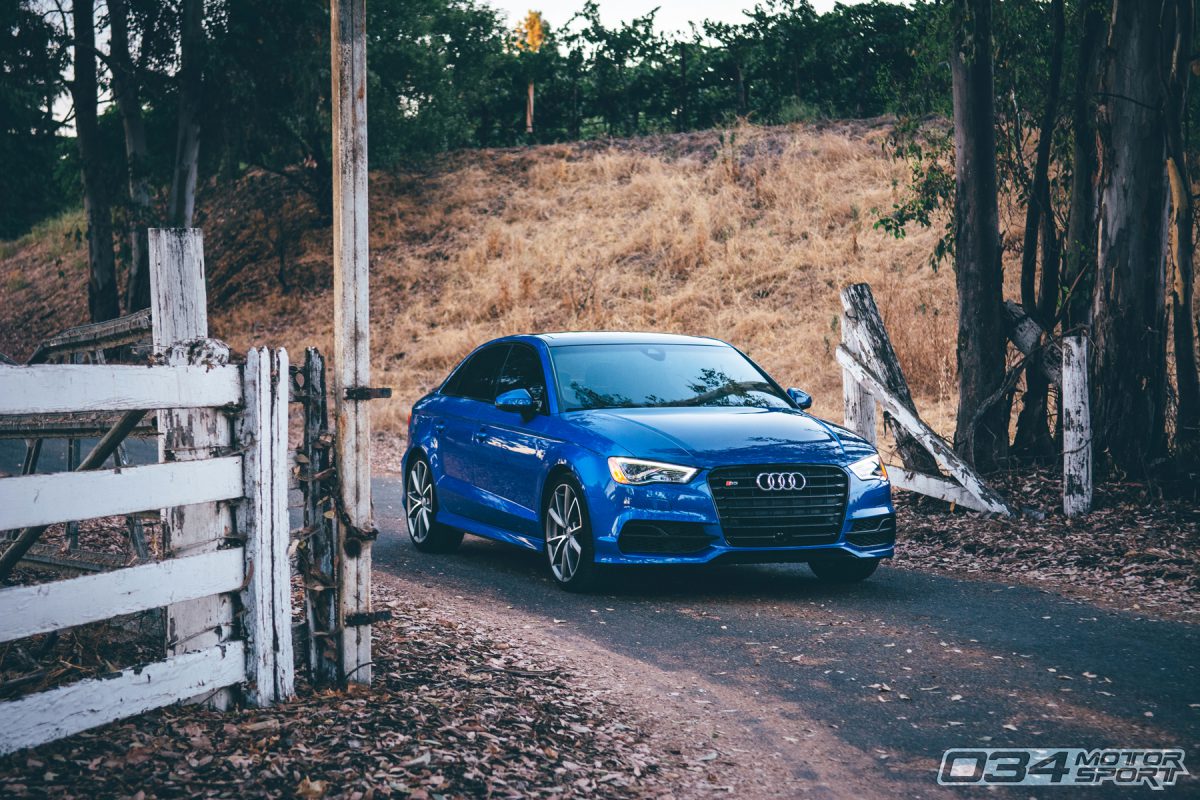 Sepang Blue Pearl has always been an eye catching color, no matter which Audi chassis the color envelopes. It's elegant, yet bold, and can transform from a subdued blue to a vibrant hue depending on the lighting and environment. It's this very characteristic of Sepang that caught Sam's eye while driving along one evening in the east bay of California. Before this moment, he had been reminding himself daily that his next car would be an S3. Since driving one for the first time, he was hooked on the car's performance and knew it was "the one" for him. Close enough in size to his previous MkVI Volkswagen GTI, but with a substantial step up in the speed and handling departments. 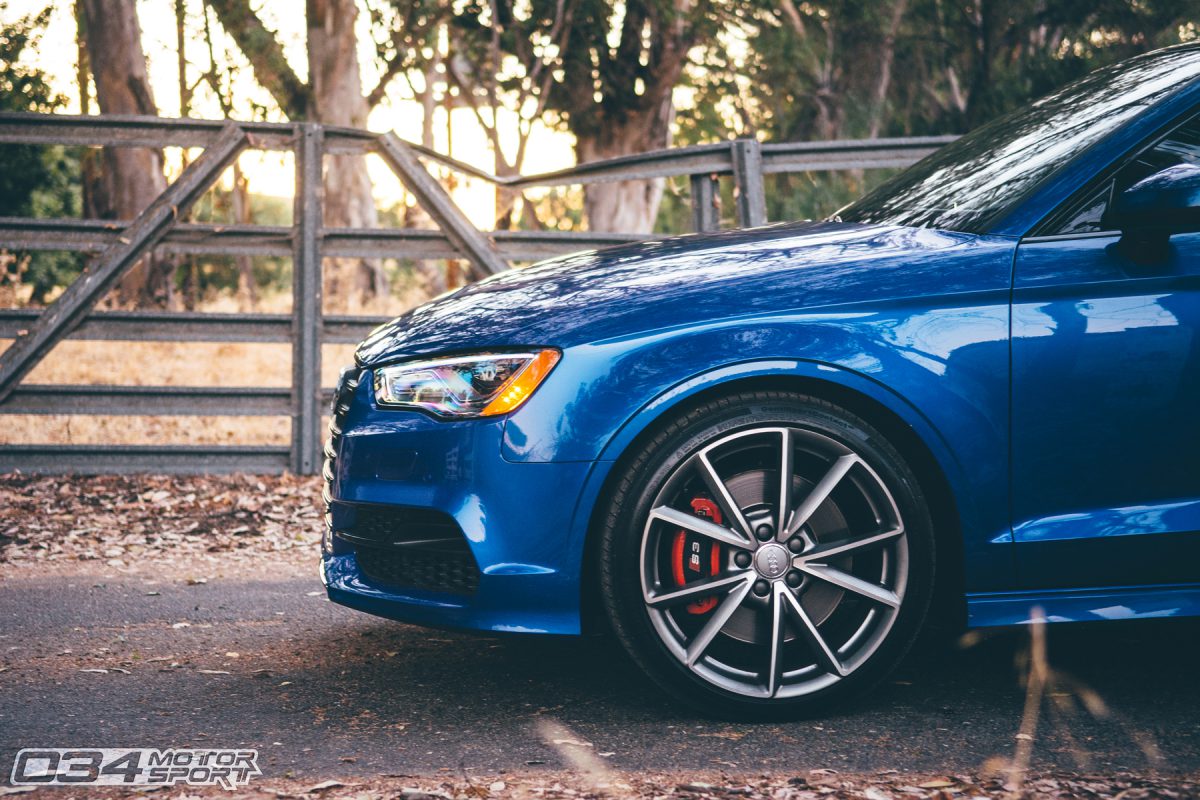 For Sam, even though the core of his being lusted after an S3, he was concerned about its size and utility for everyday life. He was used to a hatchback, with the ability to stuff the belongings of an entire Millennial's studio apartment in the trunk. In fact, he was convinced he would need more space, and had put a B9 A4 on order instead. It may seem all too rare in this day and age, but Sam was just trying to do the responsible thing here. However, on that fateful night in the East Bay where he happened to pass a car lot showcasing a brilliant Sepang Blue S3, reality struck him and he again knew his next car would be the S3. 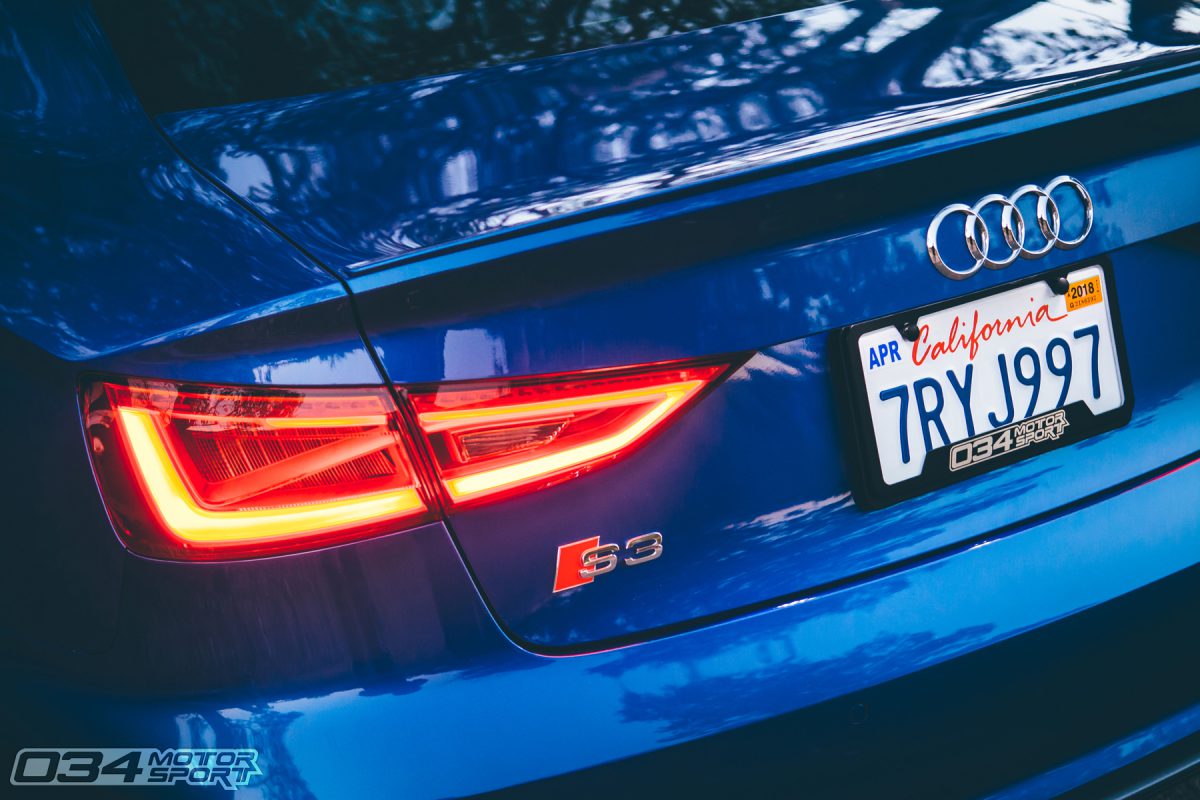 With no kids and the only potential for cargo being DJ equipment or his canine friend, there was really no need for a larger car. It was a realization Sam came to after passing by the Sepang S3 and made the decision to go look at the car as soon as possible. What happened next, well that's pretty apparent. Sam ended up snagging his dream car and has never looked back! 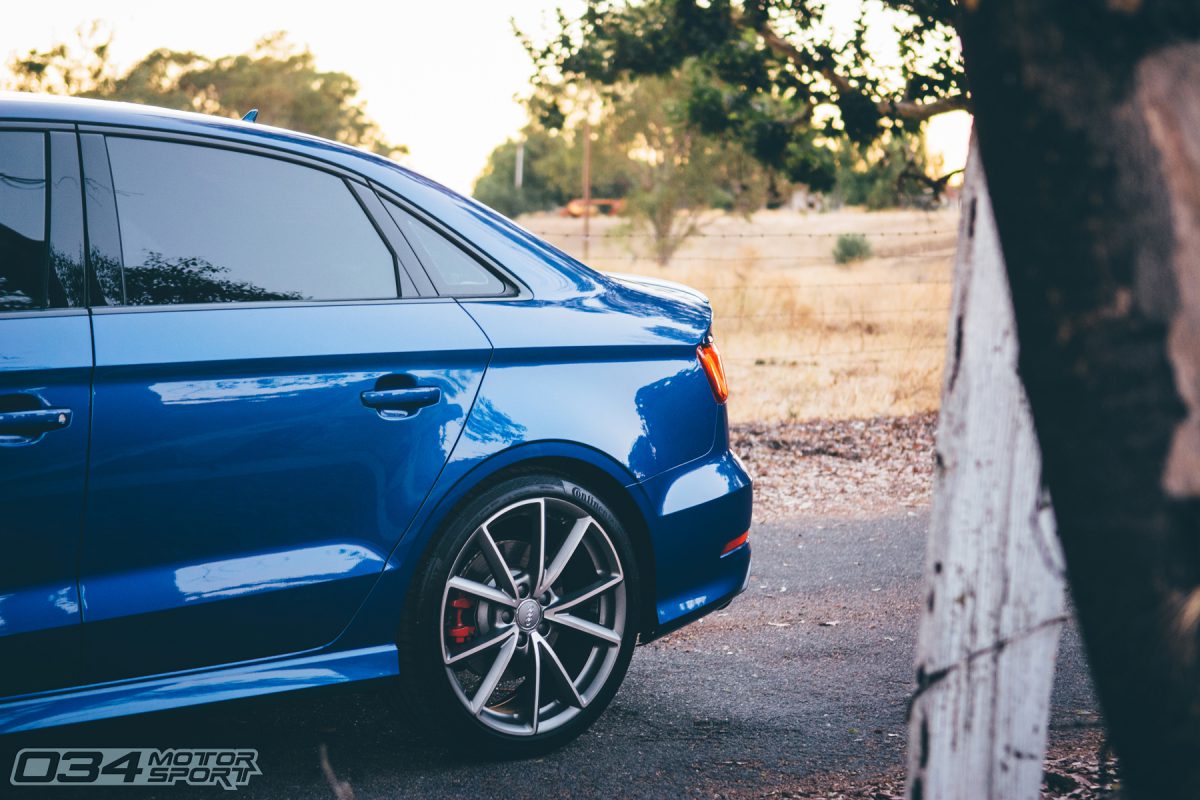 Although the S3 is an incredibly capable and fun car out of the box, we have worked tirelessly at 034Motorsport to develop high-quality upgrades that enhance the driving experience and propel the MQB platform to the next level of performance. Sam knows we mean business when it comes to the 8V Audi S3, and right away opted to replace his existing aftermarket intake with our superior X34 Carbon Fiber MQB Cold Air Intake System. Engineered to be a complete intake solution, the MQB X34 is a one-piece design that has proven gains of 24 WHP and 20 WTQ on a stock S3! Beyond the power alone, Sam was able to experience improved throttle response and enjoy more of those intoxicating induction noises while driving. Not to mention it looks darn good under the hood too. 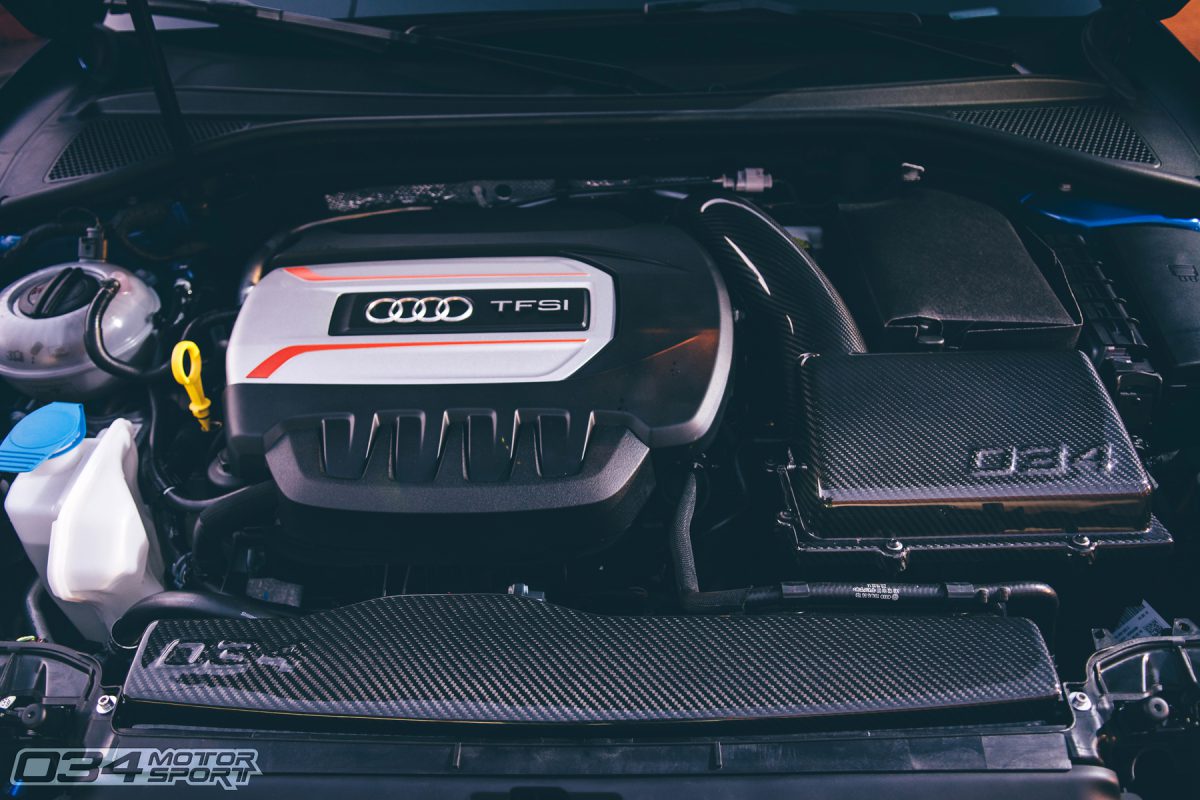 As any of us can attest, the search for more power is endless among enthusiasts. After the intake was installed on his S3, Sam turned it up to eleven and opted for the 034Motorsport R460 Hybrid Turbocharger System. The Loba LO462-EA888 turbo features a machined billet aluminum compressor inlet, billet aluminum compressor wheel, re-profiled compressor housing, and clipped turbine wheel all in the name of moving more air with less effort. The complete package is no larger than the factory IS38 turbo dimensionally, which means this LOBA turbo blends in under the hood and fits without any trimming or "massaging." Simply remove the stock turbo, and install the LOBA unit with the provided hardware and gaskets. It's that easy. You'll appreciate the stealth nature of the turbo when the authorities politely ask to see under the hood based on the speeds you were traveling too. Ask us how we know! 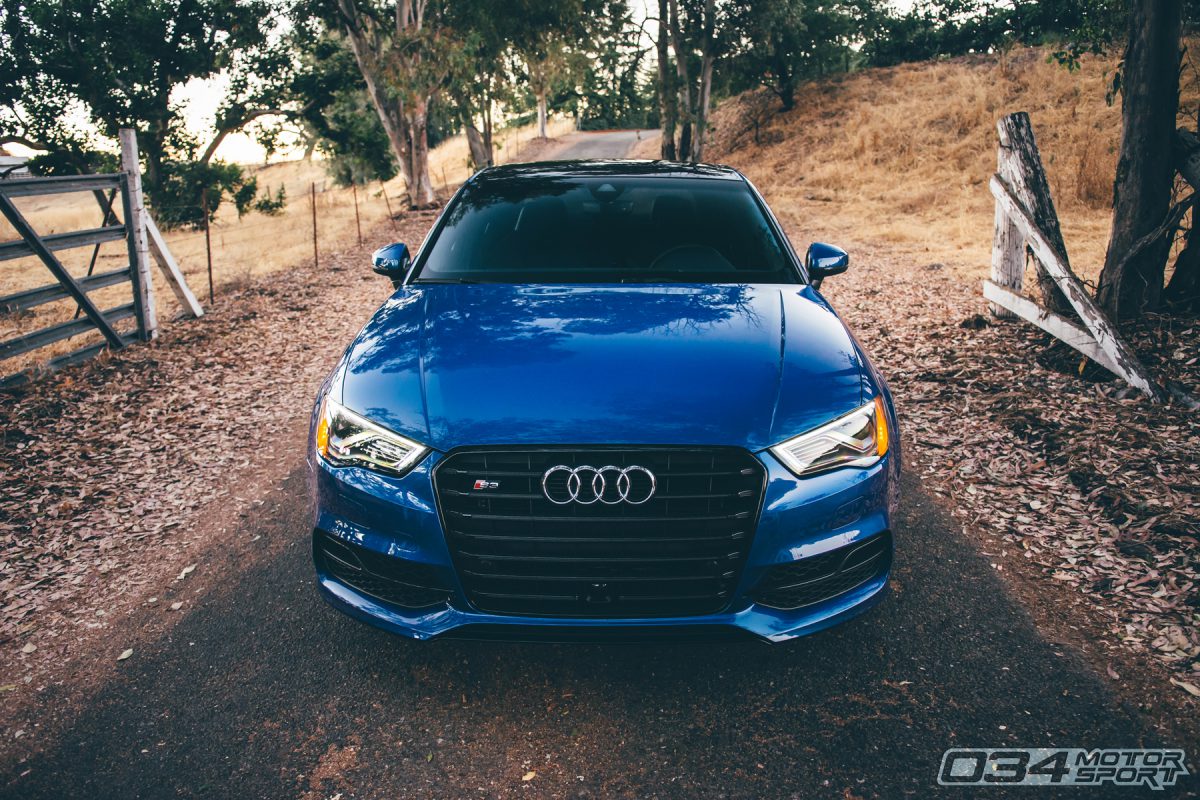 The real genius to the R460 Hybrid Turbocharger System is the tuning however. Fitting new hardware to the motor is the easy part. The hard work comes when calibrating the ECU to operate seamlessly with the new Go-Fast parts. 034Motorsport's Software Engineers took the time to ensure the R460 kit delivers consistent, reliable power in the most grueling conditions while maintaining everyday drivability for the street. Throttle mapping is significantly improved through the new ECU software, creating a smoother driving experience with precise part-throttle control. With all said and done, Sam's 8V Audi S3 is now making 340 WHP and 312 WTQ thanks to proprietary 034Motorsport ECU Performance Software and the LOBA turbo upgrade. 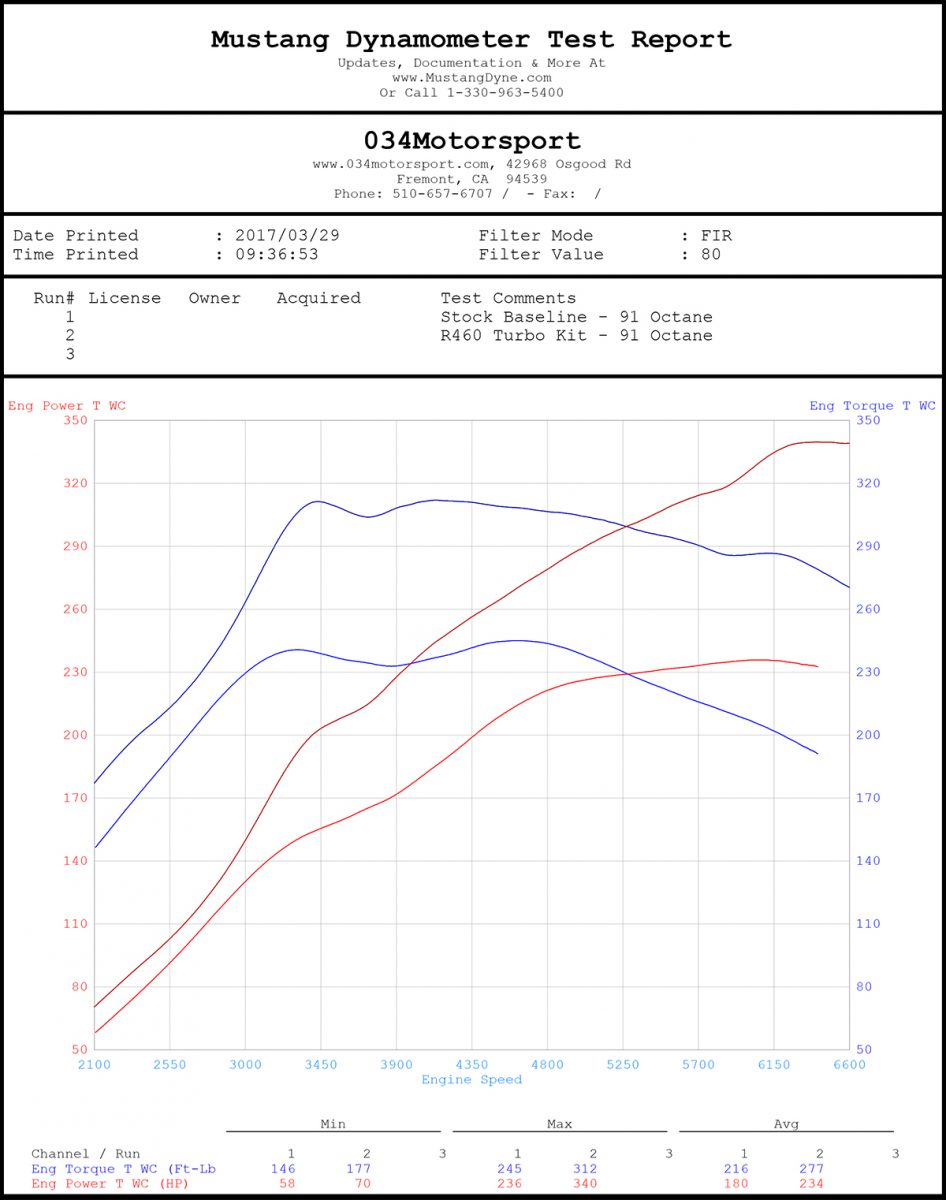 Sam has been enjoying his R460-equipped S3 every day, and not once thought about the B9 A4 that could have been. Instead, he relishes the fact that he can keep up with cars costing twice the price tag of his Audi. Now that the power is sorted, Sam's next focus is the suspension. He intends to throw the book of 034Motorsport upgrades at his car, including the Adjustable Solid Rear Sway Bar, Billet Aluminum Rear Subframe Mount Inserts, Spherical Rear Trailing Arm Kit, and many others. 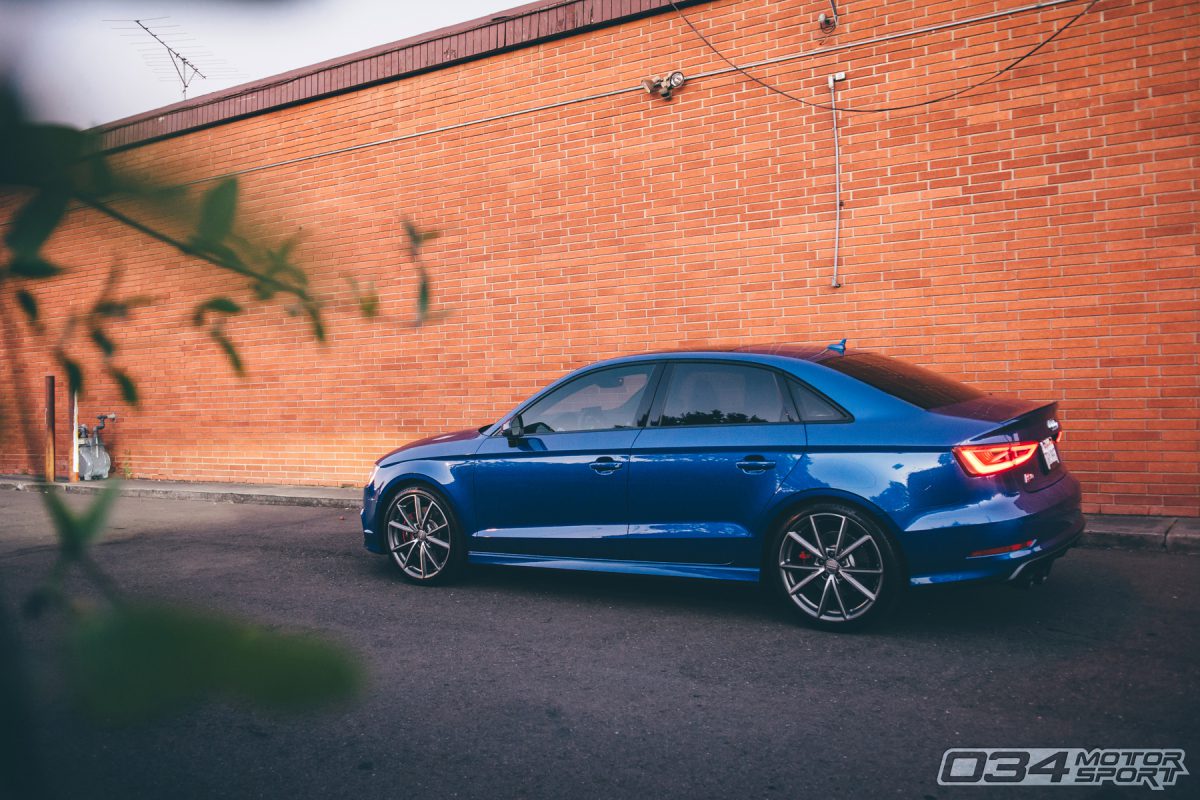 Sam isn't a big car show guy, but he does plan to attend some track days and HPDE events in the near future to safely learn the limits of both the car and himself. When asked if he plans to sell the car at any point, he replied, "No, but if I did I'd buy either an RS3 or TTRS." It sounds like he's hooked on the MQB chassis, and only looking to upgrade from here! Given his appreciation for the 8V, we look forward to seeing what else Sam has in store for his sultry Sepang Blue Audi S3. 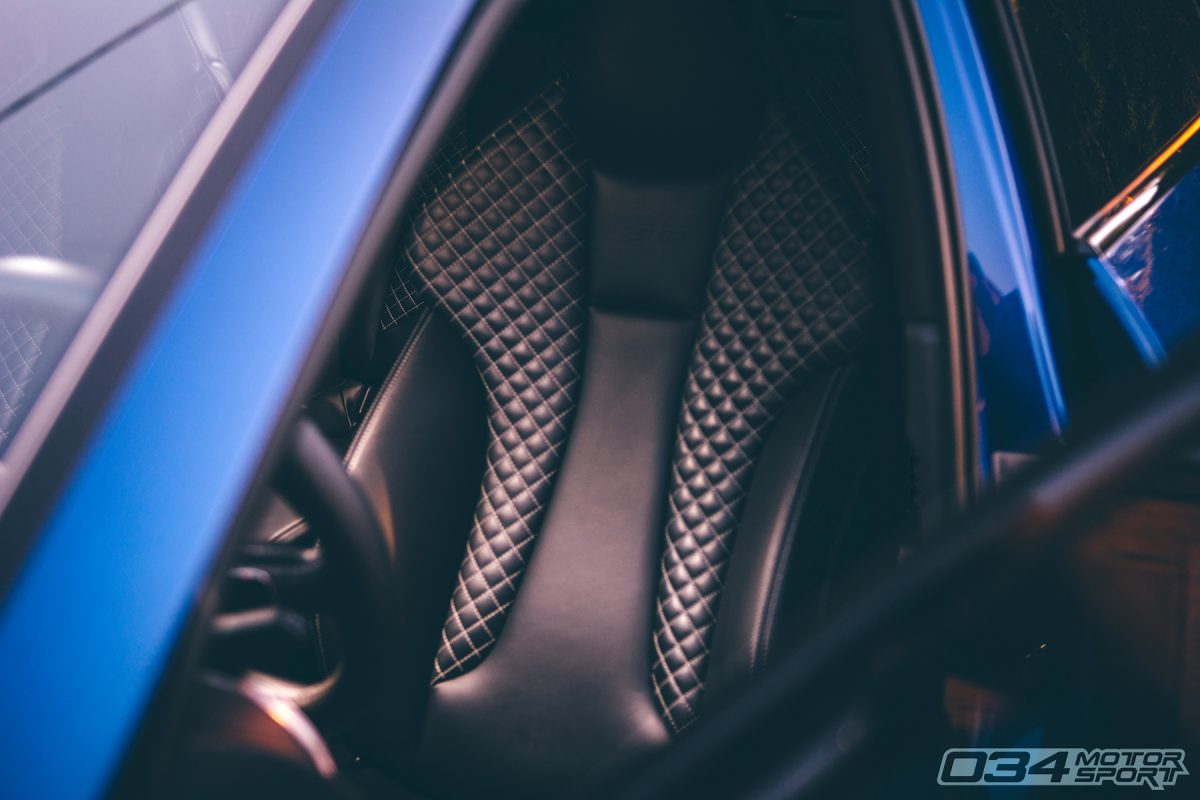 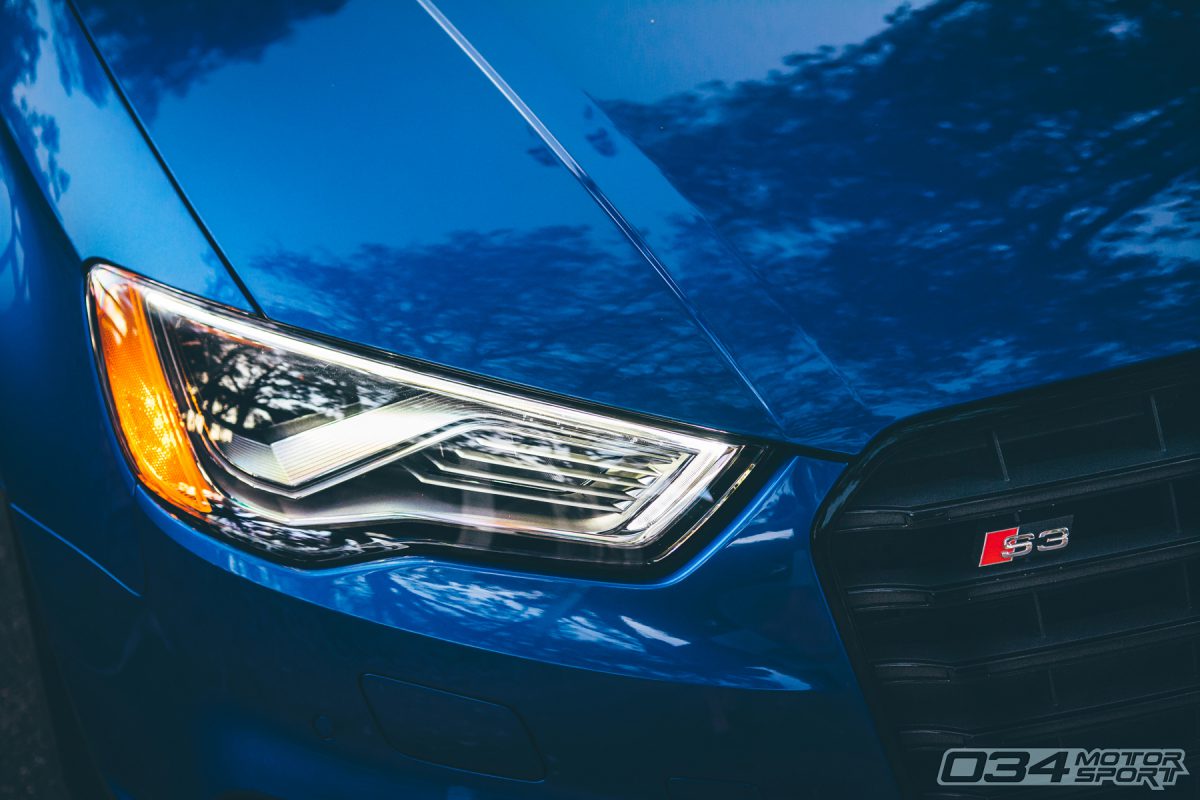